Darci Lynne Headlines the David A. Straz Center for the Performing Arts 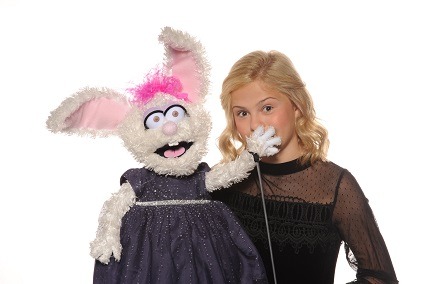 On Saturday, May 12th Ventriloquist Darci Lynne brings her breathtaking, one of kind, family friendly show to the Carol Morsani Hall at the David A. Straz Center for the Performing Arts in Tampa, FL. Darci and her cast of characters kicked off their 2018 national tour in Atlanta and will continue onto Nashville, Cleveland, Indianapolis, and Orlando to name a few. Darci won the hearts of America with her undeniable talent and AGT win. The multitalented thirteen-year-old and her friends Petunia, the divaesque rabbit, Oscar, the shy and soulful mouse and Edna, the brash old woman, sold out their first headlining show in just six minutes. To accommodate the overwhelming demand new tour cities are being added. Tickets are on sale now, for more information visit darcilynne.com.

Growing up in Oklahoma, Darci has always been close to her family and relies on their support and encouragement. In her younger years, Darci participated in talent-based pageants to overcome her shyness. She was soon introduced to the art of ventriloquism and decided to try it out for herself. Her hard work, grit and discipline developed from her early days of gymnastics where she practiced thirty hours a week. After only having her first puppet for two weeks, Darci began performing in talent shows in her home state and beyond. She was determined to audition for her first talent show, ultimately leading her to audition for the biggest talent show on television.

The stage is now a platform where Darci can open-up and display her incredible talents for the world to see. Her polished, impeccable skill as a ventriloquist at such a young age is jaw dropping and sure to inspire the next generation to keep the craft alive, but when she sings, her voice leaves her audiences breathless. Recently Darci was invited to sing the National Anthem at the OKC Energy FC Soccer game where AGT fans heard Darci Lynne sing without a puppet. She then went on to open for Fergie at Caesar’s Palace on New Year’s Eve.

Darci’s opening act is the extraordinary family band, Pelican 212. The band consists of brothers and sisters that honed their skills performing on the sidewalks of Nashville, New Orleans and Pensacola. The group features twelve-year-old trumpet playing identical twins Max and Kolbe, along with siblings Angelle, Marie, Giovanni, Mollie and their oldest sister Katie, who taught many of her younger siblings how to play their instruments. Their mission is to bring generations together through the joy of music, playing songs from the Four Tops, The Jackson 5, The Monkees and James Brown. The horn section has their own feisty version of “When The Saints Go Marching In” echoing their New Orleans ties. Pelican 212 performed at the 2017 Liberty Ball and have been seen on NBC’s “Little Big Shots” and “America’s Got Talent.”

Darci has been seen on “America’s Got Talent,” NBC’s “Little Big Shots,” “Ellen” and the “Today Show.” For more information visit darcilynne.com