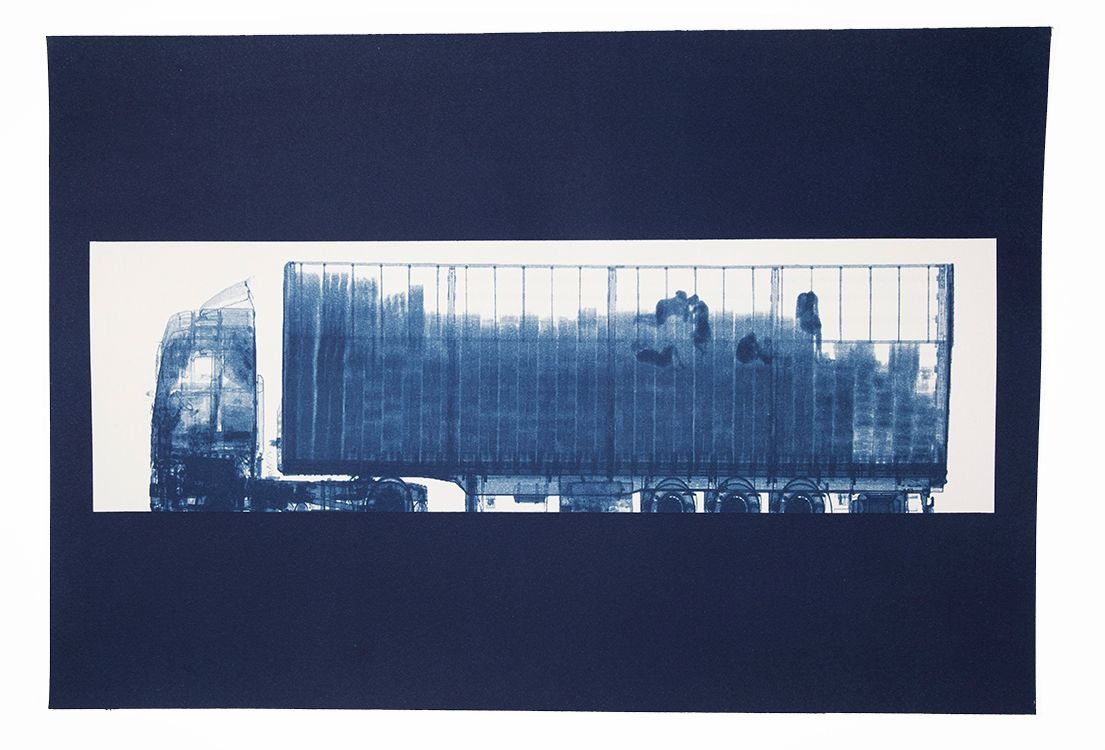 TAMPA, Fla. — The Florida Museum of Photographic Arts will exhibit X-Ray Vision vs Invisibility by Noelle Mason from February until May 2021.

Noelle Mason, MFA and associate professor of Art at USF, is a multi-media artist whose politically engaged work consists of appropriated images and films that are physically transformed into unique objects through 19th century photographic processes, as well as laborious hand crafts like tapestry and embroidery. Her work has been exhibited all over Florida and the United States, and she is the founder and curator of Parallelogram Gallery and Cunsthaus in Tampa.

For her series X-Ray Vision vs Invisibility, Mason remediated appropriated images and collected from border patrol, vigilantes, commercial security websites, and satellite images into hand-made objects to expose how new vision technologies including backscatter x-ray, thermal emission radiometer, and infrared imaging to alienate and separate the image from the human being. This separation causes the dehumanization of immigrants into objects and images, aiding current political and social views on immigration and refugees. Through Mason’s process of transforming these machine made images through the tactile, unique, and handcraft of cyanotype, weaving, and embroidery, she challenges the immediacy in which they were originally produced and consumed; she separates them from their screen, gives them body and space, to be viewed as objects of contemplation outside of their original dehumanizing context.

X-Ray Vision vs Invisibility will be on view during regular museum operating hours and is included in the general admission fee. To learn more about this exhibition and other programming at the museum, visit www.fmopa.org.

Want to learn about advertising options to promote your event?
Yes